A little bit about me 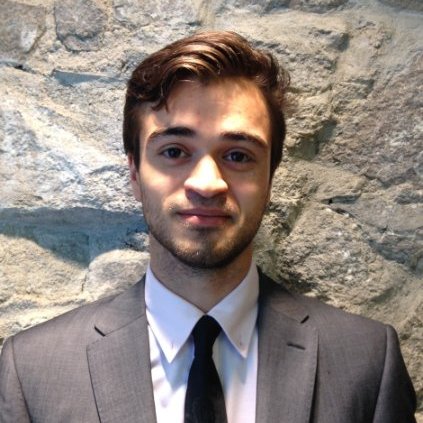 Born in London, England, I moved to Clonmel, Ireland as a (very) small child. At age 12 I moved to Waterford, where I attended Newtown School for my Leaving Certificate examinations.

After Waterford, I moved to Dublin in 2011 to study MSISS at Trinity College Dublin, achieving a First Class Honours in 2015. This was where my love of Data Science and statistics blossomed, however it's also where I really realised how much of a geek I was, and developed my jack-of-all-trades attitude towards technology.

On graduating from MSISS, I spent the following Summer as an intern with the Statistics department, working on a novel experiential e-learning tool developed using Shiny for R.

In October 2015 I joined First Derivatives, where I worked as a kdb+/Python developer. It was in this role that I learned Bash/UNIX, and began my journey as a DevOps engineer. I can be a bit lazy, so automation of the boring stuff was really exciting for me!

It was also here that I met Stefan Uygur, who took me under his wing in SysAdmin and DevOps, and eventually offered me a job with 4Securitas as a DevOps engineer. I learned an awful lot in this role, and came into contact with many varied technologies and unique solutions.

After a year with 4Securitas, I had to move on. I took some personal time after the birth of my nephew, where I did a lot of learning, some travelling, and took a well-needed break. Once it was time, I found a job with Fire.com as a DevOps engineer.

And so here I find myself, constantly learning and growing, working with an amazing company on an excellent product. In my spare time I play electric, acoustic and bass guitars, and do an awful lot of cooking and baking. I'm also a huge fan of Stephen King's writing, sci-fi (I'm loving Peter F. Hamilton's series right now), and science nonfiction. I host some retired enterprise servers in my attic, it's a fun learning experience and gives great control over my home network. And, if you haven't heard, I'm vegan.

I've got experience in a bunch of stuff

My attitude towards technology (and just about everything) is that there's nothing that can't be learned, given a bit of time and effort. I'm not afraid of learning, and I do my best when I'm thrown into the deep end.

Python is my favourite language; I can do a reasonable amount with kdb+ also; and my Bash scripting ain't too shabby either. I can do some general fullstack LAMP development too (though I'm a bit rusty); I have a lot of experience with R; I can do (if I really have to) Visual Basic and the MS Office stack (and Access); and I've learned a bit of Java along the way too. I'm also learning a bit of Docker, a bunch of the Elastic stack, and AWS stuff.

I work with Fire.com as a DevOps Engineer

I worked on ACSIA, where my responsibilities include server administration/architecture, non-application development (infrastructure, scripting, Docker/networking configuration, etc.), build servers/CI, and whatever else is needed to take our software out of our developers' hands and into the hands of our clients.

I worked primarily on Prelytix, where I spent a lot of time working in kdb+ and Python (and whatever other miscellaneous technologies we needed to work with). I was primarily a backend developer, focussing on big data architecture and development. I did some "machine learning" (scoff) work here, as well as writing interfaces and API clients.

Outside of Prelytix, I also did some on-site work with clients, performing full deployment and integration of the Kx Suite with their existing architectures and datastores, enabling them to quickly get up and running and leveraging the high-performant nature of kdb+ in their existing applications.

I worked as a summer intern under Jason Wyse, where I assisted in research and development of an experiential e-learning tool built using Shiny for R. I applied a lot of my statistical background, and the lessons I'd learned in general technology to develop a proof-of-concept which allowed users to learn statistics, build (basic) models against arbitrary datasets, while simultaneously learning the R language.

Some pieces of paper I've earned

MSISS is a multidisciplinary course, comprising elements of Business and Management, Accounting, Economics; Statistics, Data Science and Machine Learning; Management Science; Engineering Mathematics; and Computer Science. It was for this reason that I chose this course, as it suited my jack-of-all-trades nature. It taught me a lot with regards general consulting, how to learn, and not to be afraid of any challenge, as everything can be overcome with the right attitude and effort.

The subjects which counted towards my final points were (all at honours level): Economics (B1); Spanish, Accounting, Applied Mathematics (A2); Mathematics, and Physics (A1). During my time in Newtown, I was involved in the Chamber Choir (as a bass-baritone), and was Senior Boys swimming champion.